134 Month old account as of February 16, 2020
2 Veteran Rewards To Choose From
Great starter account with 9 characters in the works.
Fully upgraded with all expansions.
1 Thief, 3 Crafters, and 4 Melee Characters 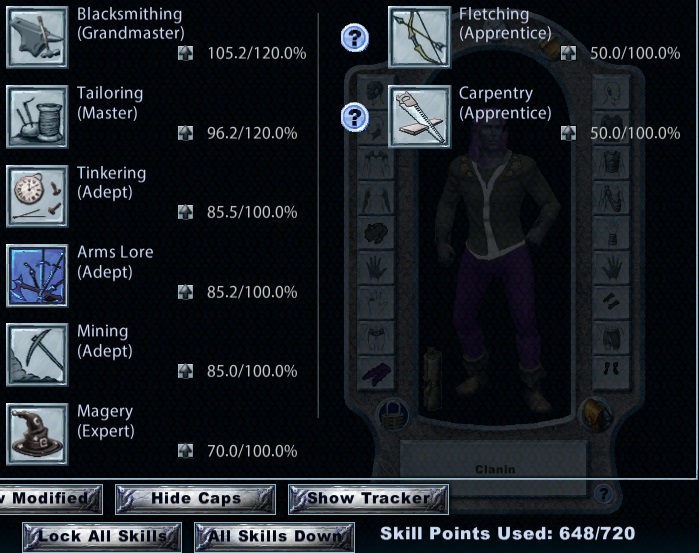 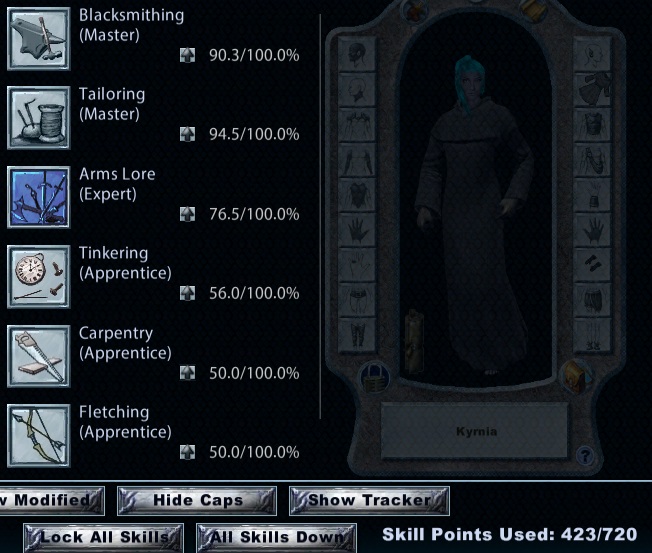 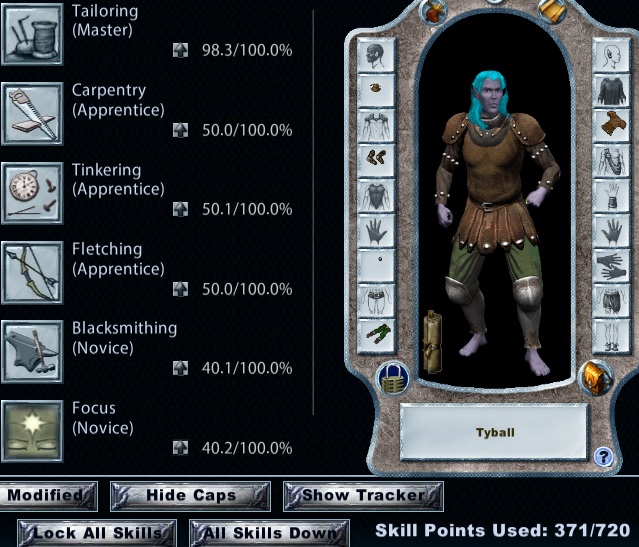 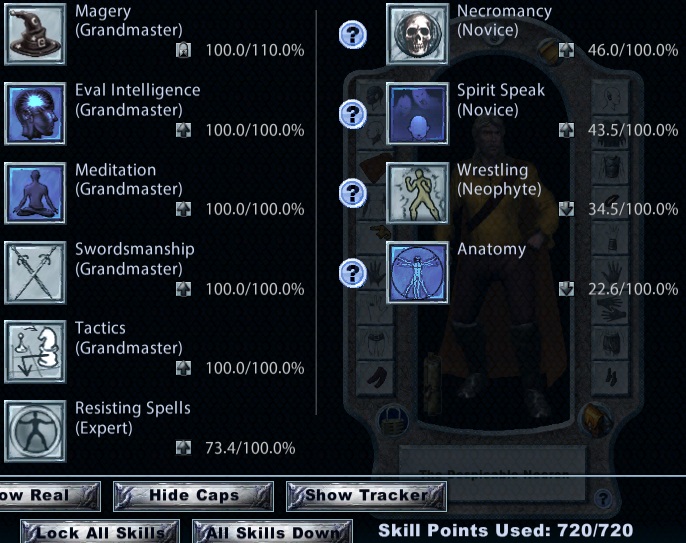 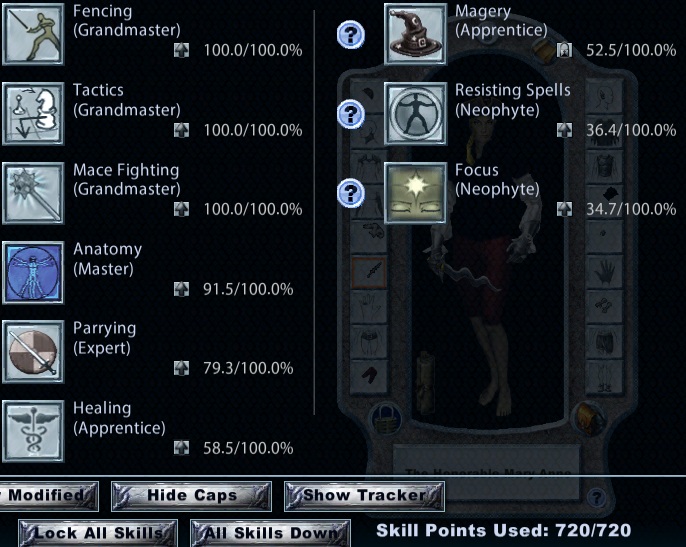 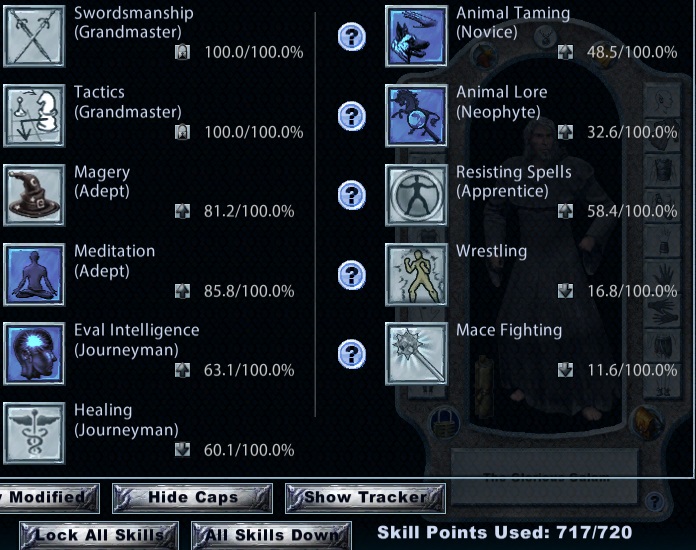 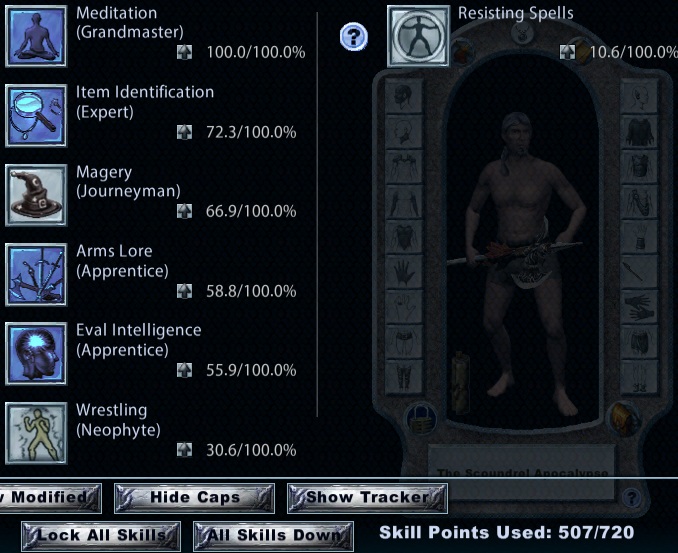 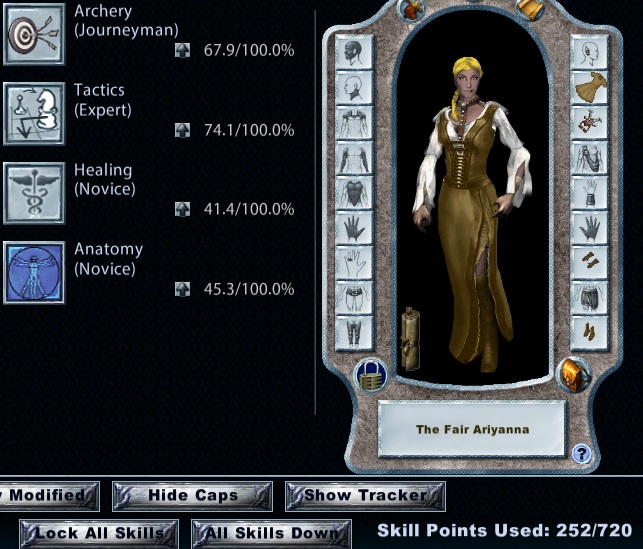 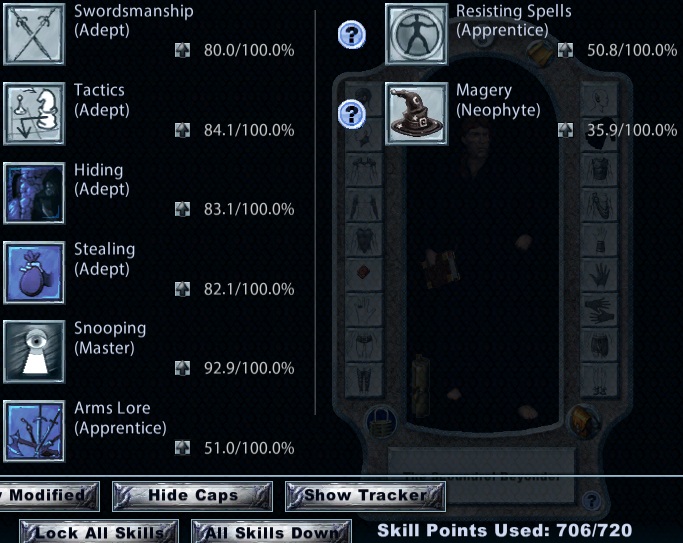 I present to you a once in a lifetime opportunity to own an entire Saint Patrick’s Day Collection
for the low low price of only 2 billion gold or best offer.

Good luck and an Irish blessing to all.

May the road rise up to meet you.
May the wind always be at your back.
May the sun shine warm upon your face,
and rains fall soft upon your fields.
And until we meet again,
May the luck of the Irish be there with you.

Sadly a member of our game Ultima Online has passed away unexpectedly. Mary Ann was truly a rare and unique spirit. To those of us who knew her, she will be greatly missed. Information for her obituary, and how you can express your condolences will be forthcoming. In the meantime let us reflect and remember our friend who gave so generously to our community.

According to her Brother, MaryAnn passed away rather suddenly at the age 58. She worked for the United States Army for 35 years as a civilian. It was her responsible for insuring that troops deployed over seas located on the front lines got the necessary supplies and material that they needed to fight the wars. Mary Ann received many medals for providing outstanding support to the troops in the war. She always went the extra mile to help people whenever she could.

She leaves behind two brothers and a sister and nine nieces and nephews that she loved to spend time with. Maryann never married and when her parents got old she took care of them and let them move in with her. When her dad died, Maryann continued to care for her Mother, now age 81. Mary was an excellent care taker and did a great job caring for her. Her job transferred her from Fort Monmouth NJ to Aberdeen proving grounds in Maryland.

MaryAnn was a beloved friend to many in Ultima Online. She was a member of Gentle Rest Inn guild, as a helpful emissary to new players, and a prominent member of the Catskills community in addition to the rares community. She owned 21 museums on the Catskills shard. UO was her second life, and she was fully invested in the game.

Community responses can be found here on the stratics rares forum http://stratics.com/community/threads/a-member-of-our-community-passed.293079

The family has decided that instead of preserving her museums, they would like the players of UO to have the opportunity to acquire all of her items, so that they may continue to provide for her Mother, her nieces and nephews future. Please contact me at nails@ultimabroker.com or ICQ 150528775 to find out what items are available, and keep checking back for postings.

God bless MaryAnn aka Great Lady of War aka Woody!

“What Dreams May Come” by Nails Warstein

As Astaroth’s enchantment over Covetous began to wane, adventurers travelled from all over Sosaria to hunt the treasures buried deep within the abandoned mine’s depths. Faulinei, the Shadowlord of Falsehood, decides this will be an opportune moment to steal Astaroth’s favorite pet Sudiva the Dragon for himself. Since the Shadowlords cannot take physical form, Faulinei starts invoking desires of power, wealth, and knowledge into the most impressionable minds to play out his greatest deception yet.

Lately, the Sultan of Nu’Jelm awakens every morning from a dream where a beautiful mysterious woman calls out for help, tears pouring from bright violet eyes. She appears bound held within the hold of a slave ship. The memory of her haunts him into action. He summons his Viziers to direct Nu’Jelm’s Corsairs to hunt down these slavers as he hopes it’s not too late.

While inside the Healing Hand, Vela the Sorceress was reading her spellbook illuminated by the Candle of Love when the words on the page reformed into a cryptic message:

“Bring your Tear of Sacrifice to Covetous, and chant this spell Vas Kal An Mani In Corp Hur Tym, and restore beauty’s true form.”

Unfamiliar with the spell required, she prepares a trip to the Lycaeum in Moonglow.

Upon the high seas, a mercurial pirate, Captain Corgul plunders a beautiful brazier from a reagent merchant ship bearing for Moonglow. After lighting some incense, the flames from the brazier start hissing several clues in snaps and pops, “Avarice Sorceress” “Greatest Treasure”, all tempting words to a pirate’s sensibilities. It wouldn’t be long before the Captain redirected his ship “Free Spirit” on a new course for the harbor in Cove.

The evil Sorceress Cora infected by blackrock keeps hearing voices on how to harness power from the Codex of Infinite Wisdom by pooling mana, replacing the eight moonstones with blackrocks inside the Vortex Cube then casting the Armageddon spell at the podium in the Shrine of Singularity. In her mind, it will all be very simple.

Alerted from her rest, Sudiva inhales with eagerness only to spy a silhouette of steam outlining the form of the Shadowlord Faulinei floating before her, whispering, “If you wish to be released from your curse, and this wretched place, do as I say. When the time comes be prepared to cast the Armageddon spell, and you shall be free!” Sudiva blows her flames on this wraith in rage, and a smoke filled image appears of an island roaming with dragons. Dare her tail flicker with excitement for a world she used to know.

Chiancungi the necromancer finds the properties of blackrock absolutely magnificent. Blackrock seems to be the perfect component for altering monsters in his secret laboratory hidden inside Covetous. His latest creation will be the perfect companion to share his love of dark arts. Was he simply imagining this, or did the lips on his golem just say, “Only dragon breath’s will end my sleepless rest in Armagdeddon”. Chiancungi laughs maniacally with excitement, because he knows he doesn’t have far to go.

After docking in Cove, Captain Corgul sought out the only Avarice Sorceress known. Startled by her unwelcomed guests, Corgul demanded Vela reveal the location of the treasure. Shortly, both of them came to understand that something greater beyond them was afoot. Vela studied the brazier, and the both of them felt compelled to embark for Covetous still uncertain of what dreams may come.

Using the brazier’s magic as a guide, Vela leads the pirates through the labyrinth of tunnels inside of Covetous. Many fall victim to these strange gazers, dazzled harpies, vampire mongbats, and headless miners. Despite the deaths and warnings from alabaster statues, Corgul would not be denied his prize, nor would the unethical necromancer who created the monstrosities around them. When the two finally met in Sudiva’s chamber along a subterranean lake, they hardly acknowledge each other for their destiny had arrived.

From the podium in the Shrine of Singularity to the deepest depths of Covetous, the sorceresses Cora and Vela, the dragon Sudiva, and the necromancer Chiancungi began to chant the Armageddon spell. Vas Kal An Mani In Corp Hur Tym

The Tear of Sacrifice explodes in Vela’s hands as magical aura envelopes her with new found powers. Sudiva roars in agony as her dragon’s physical and magical essence is reduced into an anchor sized statuette. Chiancungi still laughing with glee suddenly screams an inhuman sound as he is transformed into a violent vortex of singularity. Meanwhile his naked golem comes to life with Sudiva’s soul. Through that vortex Cora could be seen pouring her enormous energy into a spell focused on the Codex of Infinite Wisdom. The explosion from her unexpected appearance in Covetous spews forth blackrock tar all over Captain Corgul and what remains of his pirate crew.

Captain Corgul burning from the tar, breaks from his hypnotic haze, and orders his men to collect the dragon’s hoard, Sudiva’s Statue, and the naked girl. Vela quickly casts Vas Rel Por and returns them all to Cove. Where the pirates immediately set sail for the Sea Market with their new found booty, completely oblivious how the curse of blackrock has already begun to change them.

While assail on the ocean, a storm takes the pirates off course with Nu’Jelm corsair ships in hot pursuit. Hoping to evade capture, the Free Spirit dodges around the banks of uncharted islands. Coral rock runs them aground onto a deserted island. Without warning, the curse of the blackrock tar, transforms Captain Corgul and his crew as they became soulbound to this island forever.

Battling their way upon the shores, the corsairs rescued the woman from the Sultan’s dreams, and return her to him immediately. Since she suffered from amnesia, the Sultan named her Iduvas, and adopted her as his daughter. Why does he feel this strong connection? How could he begin to fathom that if Iduvas commits one true self-less act of sacrifice, it will dispel the magic keeping her bound in human form.